We returned to Kyoto bright and early at 10 am on Tuesday. (I say early because it takes at least an hour and a half to get there from Aki's place.) We had a reservation to see the ancient imperial palace, Gosho, in Kyoto. It was quite hot again that day, and the English tour had 130 people on it (though most of them were not actually native English-speakers, but Europeans). For the first time on my trip to Japan, I felt short. Perhaps because of the heat and the size of the tour, I wasn't as impressed with the Imperial Palace as I thought I should be. The tour guide didn't really say very much of interest–Aki would have made a better guide. But the palace was still intriguing and it had some nice gardens. It had several gates for several different purposes: there was a servants' entrance, an entrance for important foreign visitors, an entrance for the emperor himself, etc. Here is one such entrance (I'm not sure which!). 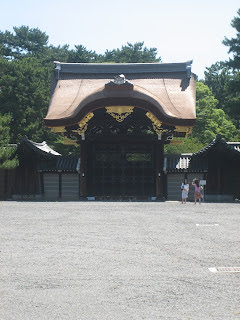 There were several places for the imperial family to live, but one particularly large building used for important occasions, like cornations: 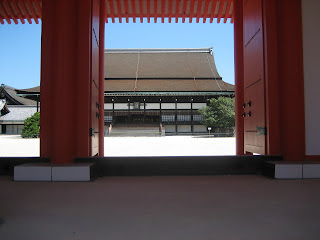 It also had a nice pond and some pretty bridges. I have a thing for bridges. 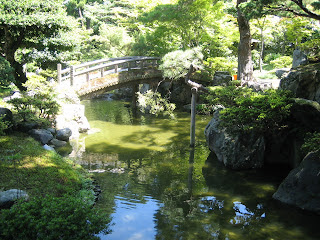 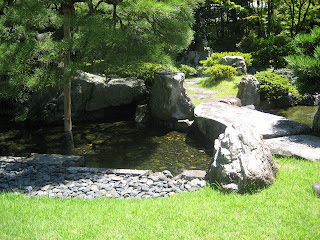 I was glad to get out of the heat and on to the next site when the tour was over. First we decided to book a spot on the tour of the summer imperial palace, which has really famous gardens that we both wanted to see. Apparently, Japanese citizens must have a reservation three months in advance, but foreigners can get a spot the day of. So Aki needed my help for that :)

Next was Ryoanji, a temple best known for it's Zen rock garden, but which also had great gardens. And more turtles. 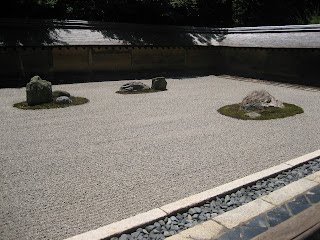 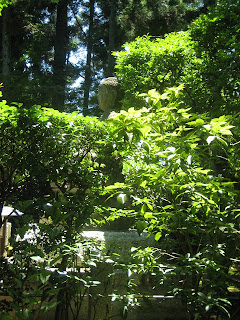 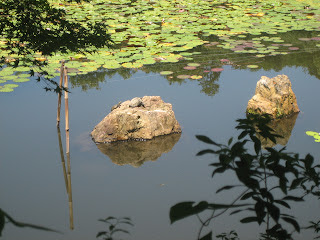 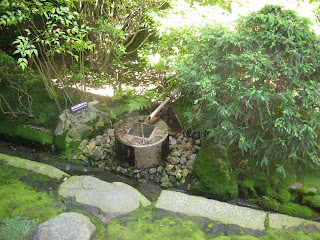 We had to get to Shugakuin Rikyu, the summer imperial residence, by 1, so we went through Ryoanji a little quickly, and moved on to Kinkaku, famous for its golden temple. It also had nice gardens and a very pretty waterfall. 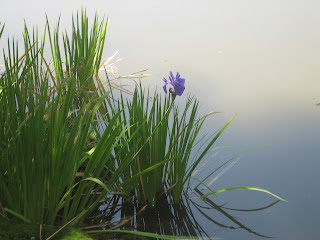 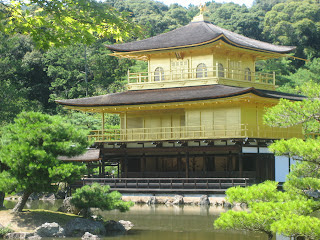 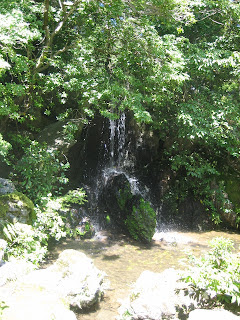 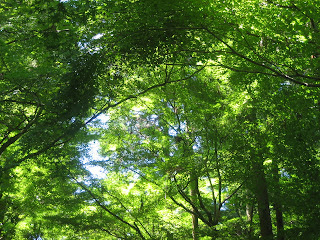 Kinkaku wasn't as peaceful or mossy as Ginkaku, and it was possibly the most crowded place we visited, but it was still quite beautiful.

After Kinkaku, we headed out to Shugakuin for our tour. This tour was quite different. There were only about 12 people, and the tour was in Japanese, not English. The tour guide was a spritely Japanese gentleman of about 60, who walked faster than I did and said everything with a twinkle in his eye. I liked him better than the tour guide from the Imperial Palace, even though I couldn't understand a word he was saying.

The emperor who built Shugakuin put a lot of thought into his plans. He had rice planted on the palace grounds for the sheer beauty of it, and how it turned gold in autumn (I wish I could see it). He allowed farmers to care for and keep the rice. To this day, farmers care for that rice field. It has paths with short evergreen trees guarding them, providing shade without blocking the view. There are also small streams for irrigation that he had designed to make a pleasing sound of flowing water. 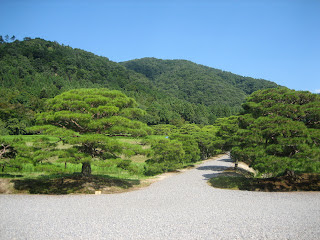 There are three levels of gardens, with lovely streams and ponds and bridges. And there are some lovely buildings, too. One has a panel painted with three laughing monks; another has beautiful golden clouds, and yet another has a lifelike carp. The person who slept in the room with the carp mural got a little creeped out by him–the carp looked like it might jump off its wall and cavort at night. So he had the artist paint net over it. 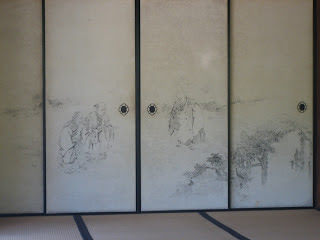 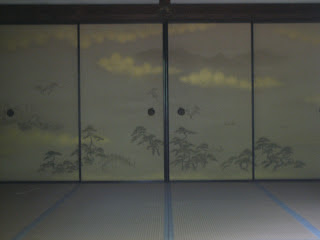 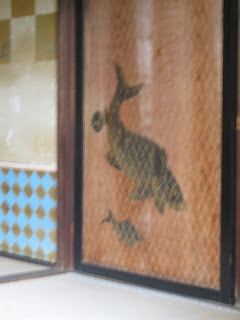 There was a nice gate to the path to upper level gardens. This path had high hedges planted on either side of it, so that you would be surprised by the spectacular view when you reached the teahouse on the top. 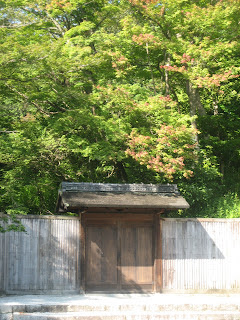 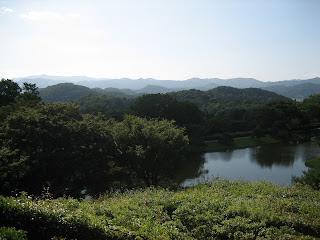 On the way back down, there as a lovely waterfall, and the pond with island was lovely. The imperial family boated on the pond, and the island had a very interesting bridge on it. It was not symmetrical: one half represented the common people, the other half, with a golden phoenix on top, represented the royal family. The bridge joined them. 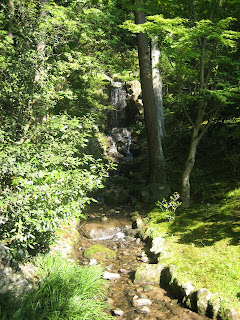 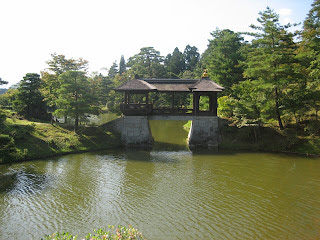 I really loved Shugakuin. It was extraordinarily beautiful, and the emperor put such thought and care into it, it was rather touching. The tour guide so clearly loved the place, it inspired even further admiration. It was also a favorite of mine on my trip.

After Shugakuin, Aki and I took the Philospher's Walk along the river back to the bus to return home. It was a very satisfying, but tiring, day.
Posted by Gabrielle at 6:02 PM