Saturday morning we headed back over to the mall to the Japanese festival, in conjunction with the cherry blossoms, which were a gift from Japan.  Admittedly, Little Tokyo or Little Osaka in LA are better on a daily basis than this Japanese festival was, but it was a nice idea.  On the way over, we stopped at the White House. 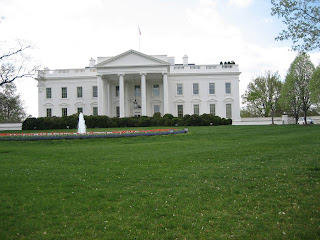 For lunch, we met another friend from Northwestern, Juliette, at Busboys and Poets before heading to the Capitol Building, complete with a demonstration. 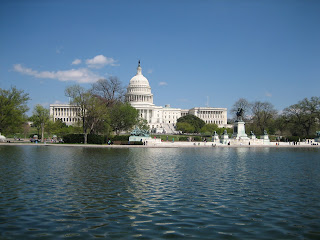 From there, we walked down the mall, past the Washington Monument, and back into the Cherry Blossom fray. 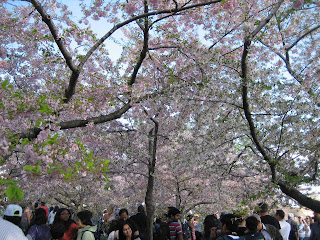 The blossoms looked glorious in the bright sunlight. 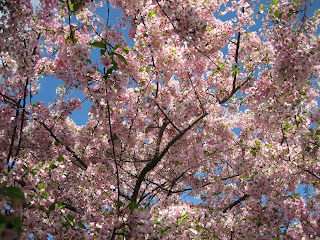 We continued on to the Thomas Jefferson Memorial. I had just seen it on Thursday but it is lovely and it also was Thomas Jefferson's birthday on Friday, so we thought we'd wish him a happy 270th.  I have to mention that wandering around DC, it actually reminded me in many ways of Paris, particularly the early 1800s architecture and the layout of the city.  I believe the main architect was French, actually, and TJ was a Francophile.  But this time, it was nice to see these great monuments and feel, "Hey, this is my country, isn't it beautiful?" 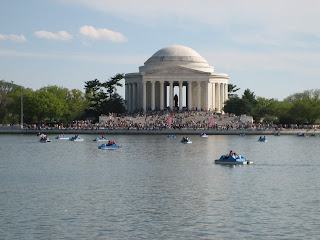 From Jefferson, we moved on to Franklin Delano Roosevelt's memorial, which I had never seen before, as it was still incomplete last time I was in DC.  I found it to be a really inspring memorial to a very influential president, as well as his first lady. 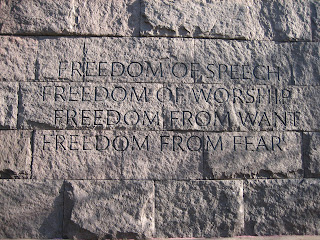 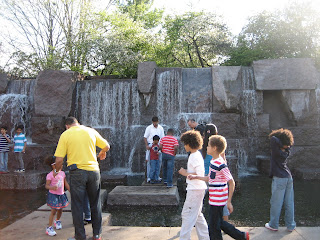 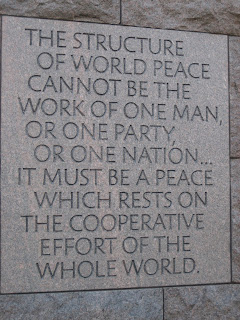 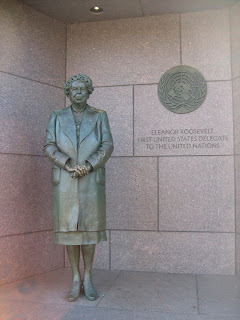 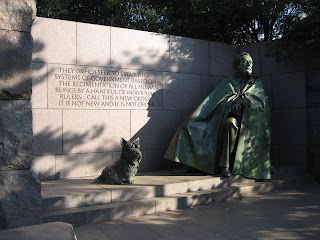 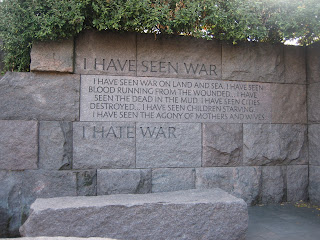 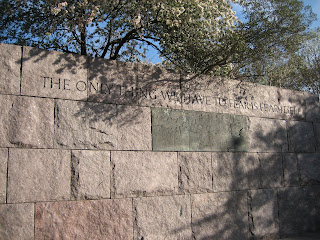 From FDR, we headed on over to the Martin Luther King Memorial.  I was actually a little disappointed with it.  For such a great man, I think he deserved a greater memorial.  But it did have its good qualities. 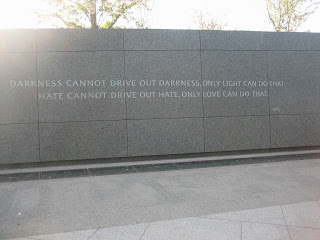 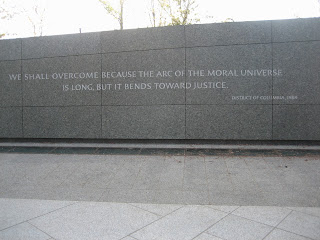 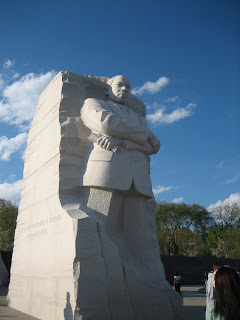 After MLK, we continued walking (I later found out we walked about 10 miles on Saturday) to the Korean War Memorial, a very nice tribute. 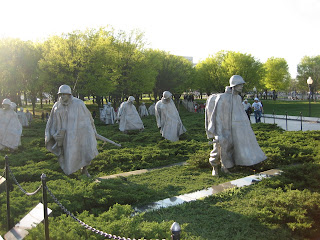 Next, it was Lincoln's Memorial.  While Jefferson's Memorial instilled feelings of pride, I found Lincoln's made me feel a little sad, though also full of awe. 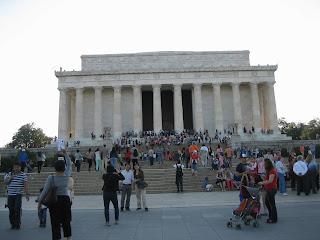 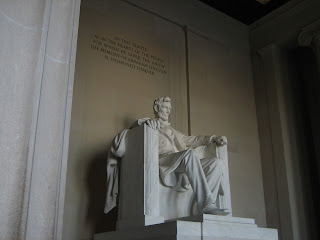 At least President Lincoln has a nice view of the Washington Monument. 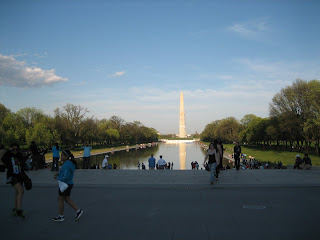 Another cool part of the Lincoln Memorial is the little inscription they have on the steps marking where Martin Luther King gave his "I Have A Dream" speech, which I found somehow more meaningful than his monument. 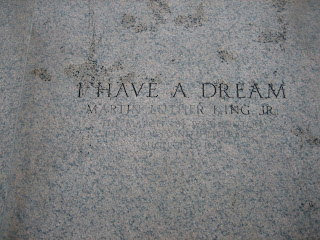 After Lincoln, we moved on to the Vietnam Memorial, which was also very moving. So many names. People had left little tributes along the wall. 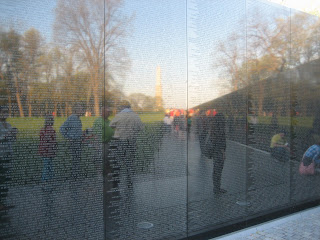 After that, we were tired and hungry, so we headed to Tonic for some dinner before heading home.  I had to leave early Sunday morning, but it was a wonderful trip and I am very grateful to my friend Georgina for hosting me, as well as my other friends for taking the time to see me.  It was a wonderful time to visit Washington, and a refreshing change of pace for me.
Posted by Gabrielle at 12:33 AM