On Friday morning, I headed over to the Loree oboe office!  I was slightly disappointed that the main office is in a different place than the factory, and the factory is outside of Paris, so I couldn't watch the oboes being made.  But the De Gordon family still runs the place, and they make the finishing touches at the main office, so I was able to meet them and play a few instruments.  I wasn't really in the market, so I felt a little bad, but it was still fun to meet the people who made my beloved instruments.

After visiting Loree, I headed over to the Montmartre area and Sacre Coeur.  I have to admit, I was also excited to visit this neighborhood because I saw on the map that there was a Rue Gabrielle, and hey, there aren't too many streets with my name on it, so I was anxious to see it!  It was a very nice little street; I was not disappointed. 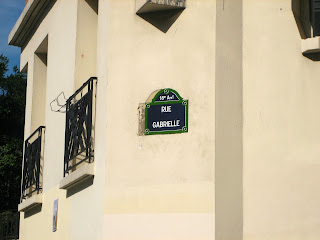 I even had my own bus stop: 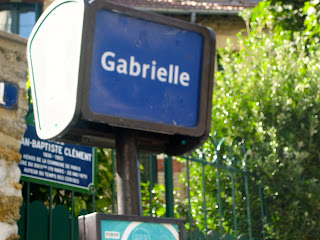 The Montmartre area was really pretty.  It was fun to imagine famous artists struggling to make a name for themselves here over the past couple hundred years. It might be a little touristy, but it was so pretty I didn't care.  The Sacre Coeur church is also really gorgeous, inside and out.  When I went into the church, there was a mass going on, and nuns were singing beautiful music.  I wish churches in America still sang old masses. 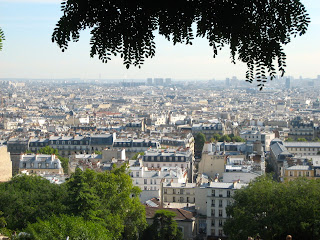 View from the steps of Sacre Coeur 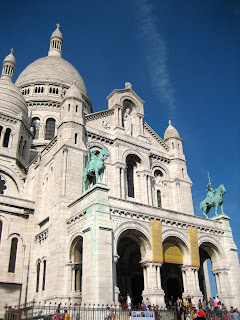 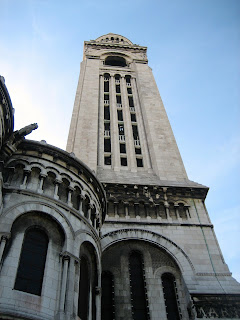 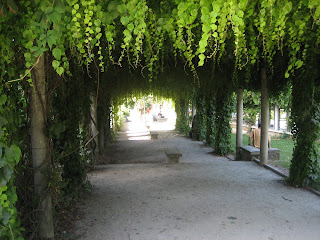 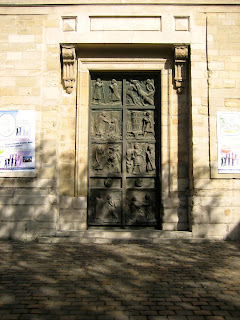 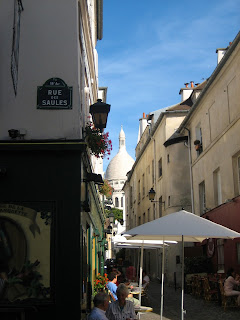 Parisian street with a view of the roof of Sacre Coeur

Dawn met up with me at the steps of Sacre Coeur once she finished work, and we wandered around Montmartre a bit more, into some cute little shops and around the streets.  Even the water fountains in Paris are pretty: 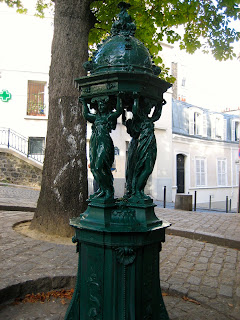 After a little while we headed back over to toward the center of Paris, to L'Art Brut, a nice little bar where we were meeting up with my Asto Wamah friend Michelle and some of her friends.  We had a great time--we got tipsy a bit faster than anticipated because there was some confusion about the kind of food that we ordered and we ended up not having enough to eat in comparison to drink.  It was a fun night!